When Karl et al. published a paper in 2015 suggesting that the previous incarnation of the NOAA sea surface temperature (SST) reconstruction was actually underestimating the scale of global ocean temperature rise, it somewhat predictably caused a lot of controversy. The chair of the US House of Representatives Science and Technology Committee started an investigation of the scientists, charging them with manipulating data. He even demanded access to their emails, in true #Climategate style.

They show that the new NOAA SST record (ERSST4) is almost exactly in step with records derived from single instruments such as argo floats, buoys and satellites, whereas the older version (ERSST3b) is consistently under-reporting temperature. They also find that other widely used temperature records, such as the UK HadSST3 and Japanese COBE-SST underestimate temperature, though not quite as much as NOAA’s ERSST3b.

The differences are due to the varying methods of calibration between data collected using different methods, for instance between shipboard measurements and buoys. Methods all have their innate biases and while trends can be reliably (ish) predicted from records produced from one type of measurement, problems arise when different methods are introduced, either because methods change and are updated, or circumstances change. For instance, shipboard measurements are no longer as frequently used, as they have been superceded by more reliable and accurate measurements such as ocean gliders, satellites, floats and buoys. On top of this, ships are also changing over time: the depth of their hulls, the type of ships, and their speed all affect the temperature measurements subtly, but these effects add up.

The different temperature records exhibit different trends because they are what is known as ‘composite records’, meaning that they take data from different sources (ships, satellites, floats, etc.) and compile it after making some correction to calibrate the data. It is this calibration and the different treatment of this data that causes differences between the trends produced by different centres. For instance, the Hadley centre includes a weighed correction for shipboard measurements, which tend to be about a tenth of a degree celsius warmer than buoy measurements. However, NOAA corrected this data differently in ERSST3b, and have of course changed their method in ERSST4.

Both papers make the point that the incorrect calibration of ERSST3b led to spurious claims of a ‘warming hiatus’, and that in fact, this ‘global pause’, as it is also known, may be an artefact of the trends produced.

Hausfather et al. use records derived from exclusively satellites, buoys or argo floats (the records are now long enough to make a meaningful analysis) to show that NOAA’s most recent version is almost exactly the same as our current best-estimate of what global temperatures are actually doing. The use of these single-instrument records is important because they do not require calibration in the same way because the same instrument is consistently used (so any bias that comes with it will also stay roughly equal).

The trends diverge most between the four composite records examined (ERSST3b, ERSST4, HadSST3 and COBE-SST) during the last decade or so, just when the pause in warming is supposed to have happened. However, the single-instrument records and ERSST4 show a consistent increasing trend through the noughties up until the present day, something that is intuitively and anecdotally in sync with yesterday’s official confirmation from the EU’s Copernicus Earth Observation program that 2016 was the hottest year on record, and that most of the preceding years this century have also broken temperature records. The statement regarding the Copernicus analysis suggests that temperatures in 2016 neared 1.5°C in some months: the threshold agreed in the 2015 Paris Agreement as the limit of allowable warming. 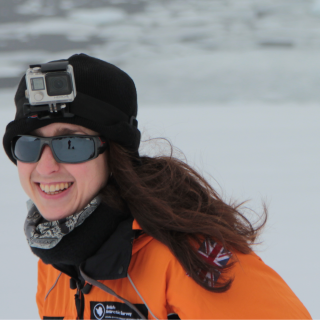